Where The Wind Stays [Mature] 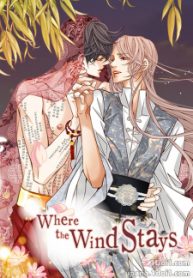 To break an ancient curse that plagues the royal bloodline, young Prince Tasara is destined to be sacrificed in death. Nara is enlisted as a palace servant to carry out the prince’s execution when the time comes. But he develops a soft spot for the cursed prince, and after committing an atrocious and unforgivable act against Tasara, Nara is desperate to right his wrongs. Soon, their lascivious relationship that had been kept under wraps tests his resolve. Will Nara be tempted away from his original mission? There’s no telling how far he would go to earn Tasara’s forgiveness.