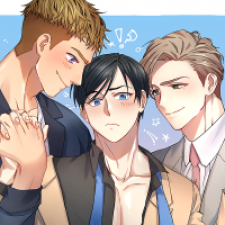 .Honam and Sooyeon have been together for four years. Sooyeon thought he knew everything there was to know about Honam, but Honam is actually a half-tiger, half-human just days before becoming fully human! Dajun, the owner of the place Sooyeon works, is actually a half-tiger, half-human that’s given up on becoming a human…? What will become of Sooyeon suddenly stuck between these two tigers?