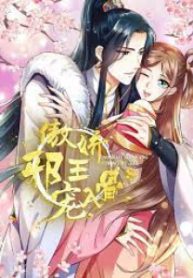 She was a top secret agent of the 21st century. Once she transmigrated, she actually became the ugly, stupid, and cowardly Fifth Princess of Eastern Yue. He was the regent of a foreign country who could manipulate any situation with a flip of his hand. He was extremely hand, cold, and cruel. When they first met, she was schemed against by her scumbag fiancé who drugged her with an aphrodisiac. Somehow, this led to her accidentally bumping into him, who was seriously injured and unable to move. Who knew that one thing would lead to another, and that a silly comedy would unfold? The mysterious woman must have been sent by the heavens to take him in.