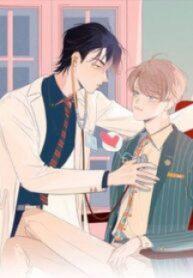 Lu Xi Li, with only 3 months to live due to cancer, unexpectedly meets with his first love in the hospital, Chen Jun Ge. He thought it was fate, but a second later discovers that he already has a boyfriend. 3 months after his sad death Lu Xi Li realizes that he is in the body of his first love’s boyfriend. At that moment he discovers that they are not a couple, in fact they are enemies…the journey to conquest* that man is very long!