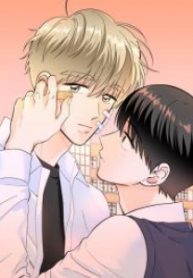 Jin Hyuk, a model student who only knows how to study, and Im Heechan, who is at the center of the (social) class. Jin-hyuk is irritated by Heechan’s group that only does stupid, reckless, and useless acts that ruin the mood in the class. He swore to keep ignoring them, but on his way home from school, he saw Hee-chan being beaten by his father… curiosity strikes him as he saw his bruised face.Can the relationship between the two, of different worlds, who seem unlikely to get along at all, get closer?