May I Fall In Love? 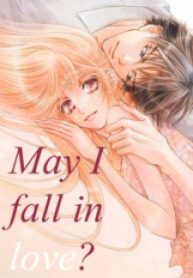 Asako was just starting her new job trying to change a light bulb when she ran into the company president Junichi. The encounter showed that Asako has an excellent memory, so Junichi tries to make her an executive secretary. Asako disliked Junichi’s arrogant attitude, and Junichi disliked women in general from bad experience, but eventually they open their hearts to each other. However, Junichi already has a fiancee who is the heiress of a major company.