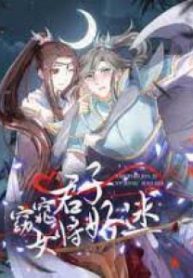 Adapted from the novel “Lady Peerless Bandit: Carrying Home a Husband” by A’Li. Yue Ying was a successful and wealthy president, but she was pushed down the staircase, being mistaken as someone’s mistress. When she opened her eyes again, she realized she had traversed through time and space, into another world, and became a female bandit. However, there are benefits of being a bandit. “I’ll make the man whom I’ve laid my eyes on, mine!”