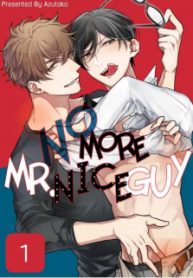 Souta’s peeved that he came second in a college pageant, but it has more to do with just who he lost to: everybody’s prince, the handsome, diligent, nice-guy Natsuki. In his frustration, Souta’s teasing goes just a little too far, and Natsuki snaps. Any regrets are soon forgotten in the face of pleasure, though. Souta ends up underneath Natsuki – inside Natsuki – and neither of them can do anything but chase that sweet release… Except the next morning, Souta discovers that Natsuki took a photo of him in the act. He doesn’t want the picture getting around, so agrees to be Natsuki’s (temporary) boyfriend… It seems the prince is actually more of a devil!