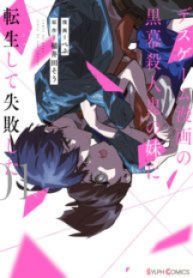 One day, Mai remembers that her perfect stepbrother is a character in a death game manga, and that one year later he will hold a death game involving all of his classmates, killing his sister in the process. Mai plans a variety of surprises for her stepbrother every day based on what he said in the manga, “Nothing unexpected happened, so I was bored,” but as the days go by, he begins to show abnormal signsOnly I know what my brother’s really like. Pepu’s comicalization of Inada Sou’s popular web novel!Read more https://my site/manga/i-reincarnated-as-the-little-sister-of-a-death-game-mangas-murd3r-mastermind-and-failed