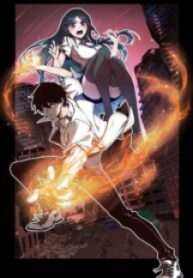 Extraordinary Evolution Average 0 / 5 out of 0

Ming He is a young man with hidden supernatural power. But his power is the most useless power, of white dust rank. Cycling in a deserted highway on his way home, a catastrophe named ” goddess” hits Ming He. And after meeting Ming He, it becomes a possession spirit. The “Goddess” gave Ming He a powerful and extraordinary superpower. His original “trash” superpower got an unexpected buff, and with that, Ming He became the strongest human. Step by step, he slowly discovered the truth behind the universe’s power!