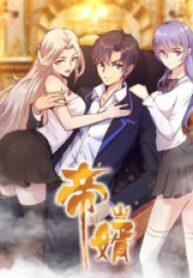 Translated by Isekai Scan Team A normal University student who works part-time suddenly finds as his wife the rich Sister Yu and also turns on the “life system”, as long as he follows the system’s choices, his dreams will become true? Children make choices, but I want everything for adults! Let’s look at how Li Fan, the son in law of a wealthy family, who holds the system in his hand, can counter attack and become the new Emperor-in-law