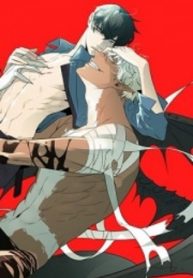 While in hot pursuit of wanted criminals, a police officer has an unexpected encounter with a rather uncanny demon. Barely surviving the accident, Do Gyeong Joon is left baffled, staring at the sky at the retreating form of the mysterious man he had just met. However, not long after, the two meet again when the demon crashes into Do Gyeong Joon’s apartment, whispering:
“Hurry up! You need to get inside me-”