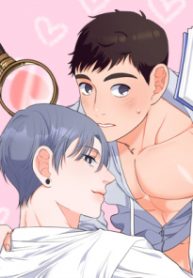 Kwon Joo-hyuk, who doesn’t believe in fate but sees the red thread of fate.As soon as he became a college student…He goes to a gay bar, saying he wants to find his partner.In front of Joo Hyuk, Han Shin-ho, an older brother who lived downstairs when he was young…But why is the thread of my destiny connected to him?