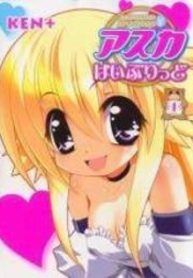 Summary by Taruby:
Asuka, transfers to a dormitory, but after meeting his roommate, Asuka realises that someone must have confused his gender and assigned him to the women’s dormitory. Asuka’s roommate, Yayoi, says that there’s no problem with Asuka living in the women’s dormitory and quickly brings out complementary articles of clothing so that Asuka can crossdress.
Outside in a park, Asuka bemoans his current state of affairs until some weirdly-dressed woman appears, and after listening to Asuka’s plight about being assigned to the wrong dormitory, the mysterious women decides to fix things by transforming Asuka into a girl before running off. Yayoi appears and finds the newly changed Asuka, he explains to Yayoi what happened, and Yayoi believes everything and points out that now there is no problem with Asuka living in the women’s dormitory.
Later, in the dormitory, Asuka discovering the good things and bad things of being a girl ; enters the bathroom while Yayoi is taking a shower and finds out that Yayoi is really a guy. Though, to be clear, Yayoi explains that he isn’t crossdressing but rather wearing his uniform. Asuka then becomes worried about being in the same room as Yayoi, but Yayoi is interested in nothing but hot bishounen.
So now Asuka is living in the women’s dormitory while trying to find the mysterious woman again so that Asuka can change back to normal with the help of Yayoi who, of course, has an ulterior motive for helping Asuka.