After The Curtain Call 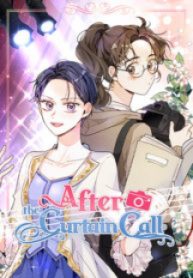 Soyoung is devastated when her favorite musical actor is swallowed up by the world of TV. Just after she quits supporting him, she discovers charismatic actress Jaeyi in a theater performance of “Macbeth” and becomes a fan at first sight. By meeting Jaeyi after her shows and even doing her a favor, Soyoung goes from a mere fan to her good friend. But when Jaeyi has to work with celebrity actress Hyesun, who she has a troubled past with, it unexpectedly sours their friendship. All Soyoung wanted was to support her favorite actress… so why does this new development bother her so much?
Aepeuteo Keoteunkol / 我的女神，谢幕之后可以约会吗？ / 애프터 커튼콜