A Villainess? No, A Heinous Young Lady 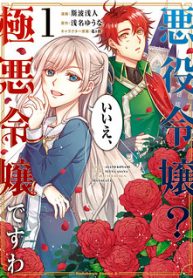 Rosalia, a Marquis’ daughter, for some reason only lived within the premises of the Marquis’ residence. One day when she was sixteen, she fell in love with a red headed knight who wandered into the garden by accident. It was at that moment the powerful Marquis’ daughter felt something trigger― A knight who is a reincarnator, but doesn’t realize that he’s a capture target in an otome game and the main villainess, who began to change once she met the knight.

The heroine who has been reborn with the knowledge of the game would be the fall of Rosalia, however, it does not go through according to the scenario…

“What are you?! You’re the villainess, aren’t you?”

“Villain? You think you could play such an outrageous role? I am a genuine villainess.”